“Earthquakes, Tsunamis (and Meltdowns?) Oh My!”

And there will be signs in the sun, in the moon, and in the stars; and on the earth distress of nations, with perplexity, the sea and the waves roaring; men’s hearts failing them from fear and the expectation of those things which are coming on the earth, for the powers of heaven will be shaken.  Then they will see the Son of Man coming in a cloud with power and great glory.  Now when these things begin to happen, look up and lift up your heads, because your redemption draws near.

The makeup and the actions of tsunami wave are really quite amazing.  It’s a major event.   This article is primarily an explanation of why surfers shouldn’t plan to surf a tsunami…and it can help us nonsurfers understand the wave.   http://news.discovery.com/earth/surfing-tsunami-wave-wont-work-110311.html

All the mentions in Scripture of the seas “roaring”  are evidence that the Spirit of God says what He means and means what He says.  He is accurate in His descriptions.  He’s knows how a tsunami roars in its approach to land, moving at hundreds of miles an hour.  He understands the physics of nature groaning and laboring because it’s in bondage (Romans 8:19-22).  He knows how overwhelming it is for those living in the midst of it.

The nations raged, the kingdoms were moved; He uttered His voice, the earth melted. 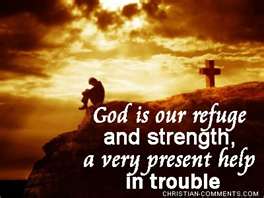 Gallery | This entry was posted in Fresh Thoughts, Scripture. Bookmark the permalink.