The nonsense first.  The following message appeared on a motel sign in Fergus Falls on Easter Sunday in 2005:

Man or God~~His Message was Love

What a patronizing tip-of-the-hat to the resurrected Christ.

Contrast that with what was written in Mere Christianity by C. S. Lewis:

“I’m ready to accept Jesus as a great moral teacher, but I don’t accept his claim to be God.”  That is the one thing we must not say.  A man who was merely a man and said the sort of things Jesus said would not be a great moral teacher.  He would either be a lunatic–on a level with a poached egg–or else he would be the devil of hell.  You must make your choice.  Either this man was, and is, the Son of God; or else a madman or something worse.  You can shut him up for a fool, you can spit at him and kill him as a demon, or you can fall at his feet and call him Lord and God.  But let us not come with any patronizing nonsense about his being a great human teacher.  He has not left that open to us.  He did not intend to. 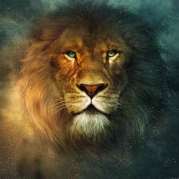 This entry was posted in Quotes. Bookmark the permalink.