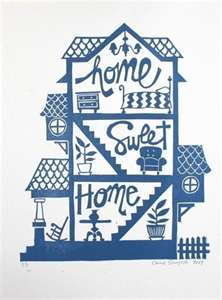 Canned produce retrieved from basement cupboards in November of 1952 or February of 1954 was never gobbled. It was quietly dished up with a great dollop of gratitude and enjoyed in a way that acknowledged the heat of the summer day that the canning was actually done, when it was 90 degrees and the flies were buzzing around the screened windows which had been opened in a silent appeal for  a non-existent breeze.

Or it might have been a deliciously cool day that was gratefully accepted by the wives and the aunts and the sisters who visited as they peeled and sliced and scalded and cooked and cored summer ingredients for a fall blessing, a holiday table, or a winter’s day.

They couldn’t start until the men had left for the field in the morning (which meant they could start any time after 6:30) and they had to be done with that day’s batch before it was 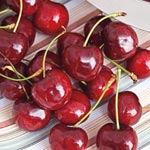 sauce came from the berries we picked in the coulees down in the pasture.  Beet pickles, cucumber pickles, string beans, rhubarb sauce and jam came from our garden.  Intentional canning.  Canning is not an impulsive or casual household happening.  It is, inherently, something done on purpose. 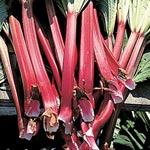 Now “peach sauce” is just peaches with peach juice.  “Pear sauce” is pears with pear juice.  And June berry sauce is fat smoky-blue June Berries from down in the hills, picked by the buckets-full a few weeks before the Chokecherries–with juice.  The June berries didn’t have seeds or pits like the Chokecherries did and they were so sweet for eating right off the tree.

sauce until the summer day, about 1952, that our Dad ordered some with a noon meal in a Los Angeles.  “I’d like the roast beef sandwich, please, and some sauce.” The waitress  was probably trying to figure out how to tell the nice man with the farmer tan lines that she was surprised that he wanted to get sauced so early in the day when a California relative who noticed her face and understood about peach sauce tossed him needed guidance in the form of, “Immanuel, you can just order a dish of fruit.”

Will it have juice?

Well, then.  There’s your peach sauce.

Chokecherries might become sauce as well, but just as often they didn’t, because the eating of chokecherry sauce was an acquired skill that never got better than “tedious” in terms of efficiency.  It had to be done politely and quietly,  separating all the little tiny pits from each small berry, then getting it back out of our mouths onto the teaspoon, quietly accumulating The Little Pit Stack on our plate with no slurping or slopping.  Chokecherry syrup was a far greater reward and provided the chokecherries with a unique destination that June berries couldn’t share.  With an edge to the flavor and bright purple for the color farm pancakes were draped in mighty fine fashion when there was Chokecherry Syrup on the table.

Only one of the canned treasures had anything even slightly innovative in its ingredients.  Mom would cut up maraschino cherries and add them to the apricot jam.  Pretty and tasty, just slightly innovative.  Not enough to be accused of grandstanding, but enough that it

said, “I like to give my family something a little pretty on the table.”  You put a tablespoon or so of that on a slab of home made bread already spread with home made butter and see if you ever go back to boughten again.  {Boughten just means that whatever you are talking about was not made at home.  Skirts might be boughten or not.  Flour was always boughten.  Bread?  Never.  Jam? Only in April when we had eaten up the last of the homemade and we were going to have company and needed jam for the table to go with the roast beef dinner.}

Carrots, potatoes and onions weren’t canned.  They just went into The Cave in the fall where they were maintained in chilled-but-not-frozen condition in that 6 X 8 X 10 foot hole in the ground that had a neat 10 step cement stairwell down into The Cave,  entered

through a tidy, well-formed door off the sidewalk about 20 feet from the back door–right next to The Wash House which was where clothes were washed during months that didn’t threaten the lives of those doing the job in the years before The *REA came in.  In the spring, the remaining potatoes would be sorted and cut up with 2 or 3 eyes left on each piece to be planted for the new crop.   The Cave also served as our storm shelter when once every 15 years or so, a summer storm showed potential for dropping a tornado on our heads.

The peaches, pears and apricots would arrive over the weeks of June and July in the mail car on the night stop of the Great Northern train that blew its whistle as it pulled up by the depot platform where The Agent waited to take delivery so he could lock up and go home.  Did they come from Michigan?  Or Washington?  Or Western Montana?  I never knew.  But they came from far away and were beautiful.  Most of the farms didn’t have telephones so the mailman would leave a card in the mailbox, telling the farm women that the fruit had arrived, much as the arrival of the yellow fuzzballs of chicks had been announced in March.

Now there were three entrances to our big farm kitchen: one led outdoors, one led to the back hall and basement, and the other into the dining room and we children knew that we would not be crossing any of those boundaries when The Pressure Cooker was on the stove.  I still get a slight twinge in my midsection when I remember the threat of the old pressure cooker puffing away on the stove, sometimes with a hiss elevated to a squeal as the crucial point was reached. “It’s  Dangerous,” one mother would say.  “It Might Explode,” another would warn.   I don’t recall ever hearing Actual Reports of Pressure Cookers Exploding but the threatening truism “It Might Explode,” kept us all well out of harm’s way, summer after summer.

By the day, by the week, by the month, by the season, by the year, family members saw the sweat running down the faces of their mothers and sisters, and fathers and brothers, sons and daughters–with the occasional sharp word correcting a problem in the making and the more frequent mass hilarity as polished story-telling filled the time.  They didn’t know about self-esteem, but they knew about self-respect.  Didn’t talk about it. Didn’t need to.

In later years when all the girls in the family had left home, the farm wife did her canning as she had done at the beginning–efficiently and quietly and alone.  Lining the jars up.

Waiting to be sure they were all sealed.  Waiting for them to cool so they could be carefully wiped clean of every bit of sticky juice before they were carried to the basement.  In these later years, it was more likely there would be still be full rows of fruits and vegetables in the cupboards in April and May.  After a couple of years, she would redo the math. Less intentional canning.

So in the middle of a summer day in a very peaceful and normal way, with a quiet heart and practiced hand, the canning was intentionally done.

If we still did intentional canning perhaps it wouldn’t be so important to remember it.

But since canning is intentional, we could do it again.

I believe I will.

*The REA: Rural Electric Administration, which was established in 1935 to bring electricity to rural areas.  We got electricity about 1950.

This entry was posted in As I Remember It, Clean up. Bookmark the permalink.