Going to the Drug Store 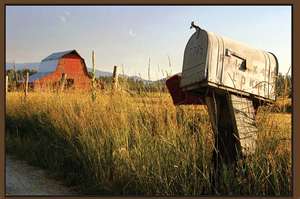 It was just a fun time of dropping-in-for-coffee when I would get to go with Mom to town and, because we were going to drop in on one of Mom’s friends who had a daughter about my age, I would wear one of my bright border skirts and a pretty blouse.  My friend might have

jeans on when we showed up on a summer weekday afternoon, but since I was the visitor it was only right that I dress for the occasion.

Those were the best times.   I would get to see my friend’s bedroom, and see her books and perhaps see a bird or two on their beautiful lawn.  Town people watered their lawns so they were  green even in summer, which never ceased to amaze me.   Watering the

crested wheat grass in our large yard was out of the question, of course,  because every teaspoon of water we used had to be hauled to our house from three miles away.  We really appreciated the green, green grass of the town lawns in July and August.

Once or twice on the occasion of such visits, I was given two nickels so my friend and I could walk downtown to the drug store and enjoy fountain drinks.

The personal independence of being “out and about,” in town, “on my own” during the 45 minutes we were allotted to walk those six country-town-blocks, get our drinks, drink them and return was an elixir of the highest form for a farm girl.  We walked

Past the square brick school house which occupied its own large property, the building sitting square in the middle of the otherwise empty, treeless block, and then we arrive at The State Highway which, in one version or another,  passed right through the center of every regional, midsize, small or tiny town in Montana.

There’s good reason for that state highway right through the middle of town.

In the latter half of the 19th century the railroads governed the identity and location of the settlers’ destinations.  The resulting clumps of settlers around designated railway stops determined the location of the towns.  The towns determined the routes and locations of the roads that came later, and in turn, those roads became the state highways.  So every town had a state highway passing right through its middle  and ours makes a dogleg right north of The Armory, which was also the gymnasium..

In order to be a town, all that was really required was a gas station, a post office and a grocery story, even if they were all in the same building, voila: a town.

also a handful of scattered villages throughout eastern Montana that didn’t have The State Highway dissecting them because they lay quietly at the end of miles of dirt road.  They had the minimalist gas station/post office/grocery store in-the-same-building setup.

We had one such village in our community.  It also had a one room school house where the sister-in-law of our neighbor who suffered the stroke had taught grades 1-8 since the pilgrims landed at Plymouth Rock.

Let’s get back to our long walk to The Drug Store.  Now that we have made a right turn on to The State Highway,  we go past the armory which is on the east side of the 125-foot-wide Main Street.  Past the white clapboard, highly-steepled Lutheran Town Church.  Past the dry goods store on the right, owned by The Richest Lady In Town.  Past the gas station owned by my brother’s father-in-law.  The post office just a half block further down the highway functions with strict adherence to all rules and regulations under the supervision of my brother’s mother-in-law.  Right across from the post office is the bank.  The drug store, just beyond, shares its north wall with the bank.

We climb the four wide cement steps and one of us opens the big screen door to hold it while the other pushes the heavier big door open into the perfect afternoon coolness of….The Drug Store.

The great, ceiling-high mirror on the wall to the left stands sentinel over the fountain area which is the central feature of The Drug Store as far as we’re concerned.  There are no other customers and we happily scootch up on the high stools.  We revel for just a self-conscious moment in the fact that we can see ourselves in the big mirror before we order our lemon lime or cherry coke.  Those fountain drinks didn’t leave an aftertaste of sugary sweetness  and  were just perfect for lingering over.

We can spin around as we sip, which we would only do if no one else came in and the druggist was busy and no one would see us.  Over along the opposite wall is the six foot tall scale where any one could satisfy curiosity about their weight if they had a spare penny on them.

The scale was a two-fer.  After the penny was dropped in, the weight would show in the big window across the top and then a small card would pop out of a slot with a little fortune written on it.  I don’t remember ever seeing anyone weigh themselves.  Occasionally three or four of the boys who played football would try to weigh themselves all-at-once, on one penny , just for fun.  No one was really curious about their own weight.  It would have been

considered a vanity or a silliness.

Next to the scale are wooden shelves supporting the current issues of dozens of comic books. If it happened there were any others in the store, it would most likely be some town boys gathered around that display, picking out the comics they needed to have, at 10 cents a copy.  Some of the boys just  read them through right there, before returning them carefully to the display.  This was considered acceptable practice, and any merchant worth his salt understood that not all the boys who enjoyed comics had dimes to pay for them.  The country boys, of course,  would never be in town on a midsummer’s day because they were working in the fields.

Our wonderful walk back to her house in the warmth of the afternoon sun is  just perfect. Because time seems to slow but doesn’t–we arrive a few minutes later than expected so Mom and I leave immediately to get nine miles home to get supper on for the menfolks.

This entry was posted in Mailboxes and Old Barns Essays. Bookmark the permalink.