Frederic and Johanna Hansen are pleased to

announce the birth of their 6th daughter,

Her name is Edith Mathea.

She might have been the 8th  (or the 7th)of the twelve daughters; I don’t have the records handy but wanted to acknowledge the 108th anniversary of my mother’s birth.  The roses all around the edge are for her birthday.

She loved the little ditch roses that grew along our dry little country roads.  We would

seldom try to pick them for the kitchen table.  There were so few of them, for one thing. Why not leave them flourish there in the ditch, where they gave everything they had just to survive — and then on top of that effort, offered up their pretty flowers for several weeks in the heat of summer.

On her birthday, Dad would often quote from The Midnight Ride of Paul Revere:

Our parents enjoyed it on April 18, every year, as a fun way to acknowledge her birthday — and I suppose they enjoyed watching us kids watching them as they did so. The attacks, the fear and the chaos of the events that Paul Revere was living through and trying to respond to weren’t on our minds on those April days in the mid-20th century so the context was personal, not historical. Over the past several years, current events have re-associated the poem, and the date, with its historical context of violence and threat.

Twenty years ago yesterday, seventy-six people died at Waco, Texas.  Yesterday, and the number is still climbing,  more than that died in the fertilizer plant explosion in Waco.

There are other equally miserable events that have occurred on April 19. We could make a pile of them to dance around and make ourselves just as miserable.  There are only 365 or 366 days a year to go around, though,  for all the things that are going to happen in any given Year of Our Lord, so we could actually do the same for any date on the calendar.

It’s a day when those who knew her might remember her life and her Birth Day and like any other day, it can’t be scrunched into a tiny package marked, “It’s all personal! Make the world stop! Today is MINE!”  but that should not be taken to mean that nothing personal matters.  That doesn’t work either.

The old song writer put the “today is MINE!” syndrome in a wiser context.

Today is mine, tomorrow may not come;

I may not see the rising of the sun.

When evening falls, my work may all be done.

Today is mine, tomorrow may not come. 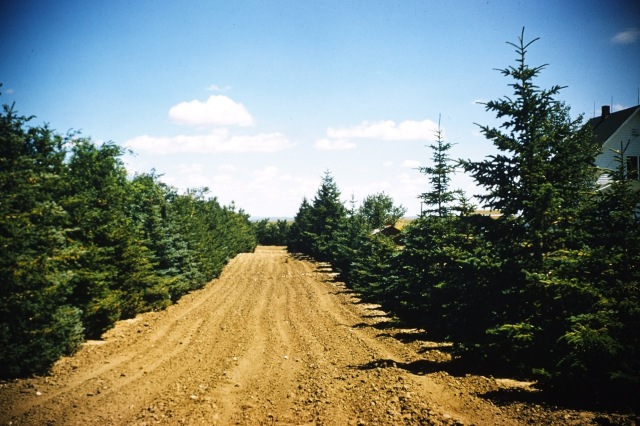 This entry was posted in Heritage, History, Quotes. Bookmark the permalink.